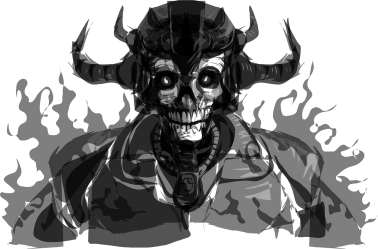 Many cultures have variations on the walking dead, and works of fiction such as the Lord of the Rings and Game of Thrones have versions of these creatures in one form or another. But there is a big difference between what we know as Zombies, and say the Draugar of Norse Mythology. Zombies, for the most part, are slow, brainless creatures, who are driven by a simple desire to eat. Similar to how rabies is passed, the host feels the compulsion to spread the disease through its bite. The Draugars are different in that they do retain their faculties, and are often described as wielding magic, or being able to shape shift. It is also said that they can be summoned from their burial mounds using special spells.

The Draugars were known to have great strength and are often described in various stages of decay and color. It is also said that they can swim easily through the earth, which allows them to come and go from the burial mound that they call home. The Draugar can be killed by dismemberment, but unlike the Zombie, you will need to burn the body as well to ensure that it won’t reanimate and come back for vengeance.

This essay provides a great summary, and a link to check out for further information on Norse Mythology. https://maykhella.com/2016/10/24/draugar-the-walking-dead-of-norse-mythology/. In the meantime, you might want to sharpen your sword and travel with a blow torch… you know… just in case.